“You cannot feed your own soul. Connecting is food.
– Sonia Nevis

Sonia was a tiny woman, about 5 feet tall, but everyone who knew her thought she was always the biggest person they were lucky enough to meet. She had the kind of depth that made little children smile when she talked to them, and strangers turn their head to hear the next thing she would say. She was once stopped by airport security, who could not believe that anyone would travel with so few possessions. Sonia liked the idea of minimalism. She famously did not like wasting words, as if extra words would ruin what she had to say. She could be very direct and brief with her words. But her message was always enduring, profound, and special to receive.

When I was studying Gestalt theory and practice in Cleveland, I heard about Sonia and how wise she was. Frankly, I was somewhat doubtful. Most of the talk felt like a kind of adoration that I recognized from spiritual movements, where followers adopted a blind devotion. The talk was that Sonia could transfix people into being her client for decades, and that she was a kind of “therapist as fixer”—if one worked with her, everything became clear and all would be well. 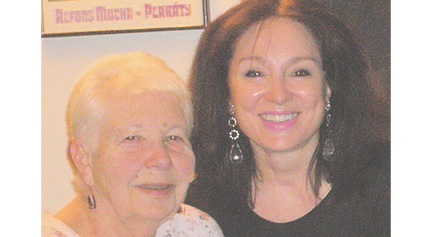 The hype turned out to be true: Sonia’s inherent willingness, capacity, and ability to offer optimism and hope to others became something that was central to all her teaching, and was her gift to those she worked with. One aspect of Sonia’s special genius was to see life through the lens of relationship. She believed that all of us become stronger individuals if we are also nurtured through the rich mix of our relationships. When I finally met Sonia, I understood that her deep conviction, her wisdom, her generosity, and her humor were what won people’s respect and devotion, including mine.

Sonia, along with her husband Edwin, were founders of the Gestalt International Study Center (GISC) in Cape Cod. Before that, they were co-founders of the Gestalt Institute of Cleveland (GIC). Individually and together, they are credited with inspiring and guiding thousands of therapists, consultants, business leaders, human resource mangers, and emerging leaders toward greater self-awareness and greater personal and professional success. Sonia was famous for being able to translate complex concepts into understandable sound bites. While Edwin might at times over-prepare for his lectures, producing pages of notes, Sonia demonstrated that minimalism she preferred. She would jot down the essence of her lecture, typically on the front and back of an old envelope. Though sparse with her words, she was generous in sharing her learning and her passions. She loved reading, and was always hungry for innovation that served the world in an ecological manner.

Maybe most inspiring to me was her stance about teaching. She felt teaching was a privilege, but was modest about her fame and influence. Once, when I was traveling to meet her, I encountered a well known businessman and his wife. On learning that I was going to be working with Sonia, the businessman’s wife told me that Sonia had disappointed her, years earlier, by not being a very good facilitator for her executive women’s group. I remember smiling as I replied that that failure had served Sonia to help her become the successful woman who could compellingly draw people from around the world. I found it humanizing to know that a teacher as impressive as Sonia also had to overcome some bad press. In a world conflicted over the issue of perfectionism, despite knowing its personal price, we need real stories of the excellence that can follow a disappointment. Sonia always inspired the belief that failure was just another step toward success.

Sonia suffered the death of her dear husband Edwin in 2011, after 64 years of marriage. Her final years at GISC supported its sustainability as a renowned teaching institution, and she continued to mentor professionals until her brilliant mind began failing. But even when she was in a nursing home, I heard that she continued to spread joy and hope there until the end of her life. Wherever she was, whoever she was with, Sonia could inspire a sense of connection that made people feel seen and heard.

As I look at a picture of me with Sonia Nevis, I acknowledge the passing of time and the loss of special people. I am grateful that I came to know Sonia, and I feel the loss of her wisdom in our world. As a teacher, coach, and mentor, I continue sharing some of the insights and understandings I learned from her and Edwin during our work together. I write these thoughts with fondness and deep appreciation, and I close with Sonia’s own inspiring words:

Be generous – it’s good for your heart. Learn to manage your disappointment – you are disappointing others often. Be curious – you’ll be learning continuously. Look for the humor in your life – there is more there than you think. Bumblebee or a Butterfly? Come Find Your Mastery.
Next Post: Self-Work in Coaching, Consulting, and Leadership: Awareness Matters